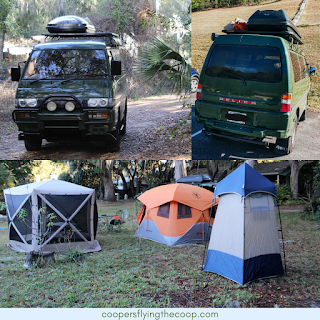 This year Robert wanted to try something different for our annual Christmas to New Year’s camping trip. He had heard about (and researched) “hip camping” for a while. Because of COVID and our lack of planning way ahead, we weren’t able to find a campsite in warmer weather. Robert was able to find a spot for “hip camping” outside of Ocala, FL. If you don’t what about hip camping, it’s like an Airbnb for campers. 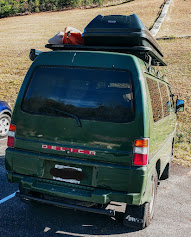 Final preparations included getting the electricity in the Mitsubishi Delica wired up. Even though our site had water & electricity, Robert wanted to try our stay without using the electricity available. After a few difficulties, which only caused a one-day delay, it was done. Instead of leaving on the 26th, we left on the 27th. We were able to make up some time by going on the interstate through Atlanta. Yes, we actually saved time going through ATL; we were fortunate that there were no delays on that day. 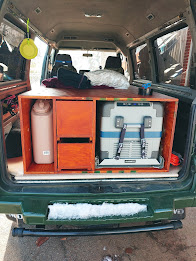 Our site was right on Lake Weir and we were treated with gorgeous sunsets each night. Mind you, not
“The Keys gorgeous”, but gorgeous just the same. There was a dock that we could walk farther out but we had to be careful where we stepped because of massive poop and rotting boards. 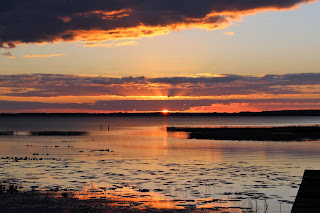 When Robert first looked at this site, the owner specified that she only wanted RVers. She has an outdoor bathroom and shower; however, they were not available to do COVID. One of the things we didn’t have on our list to bring was the portable shower head. On a quick trip to Camping World, we bought another solar shower. While waiting for it to heat up, the sky turned extremely cloudy and the water never heated up so we headed to a nearby state park, paid $8 to get in, and used their shower facilities. She used the solar shower the next day. While it wasn't as hot as the shower in the house, it was warm enough and seemed to get the job done. 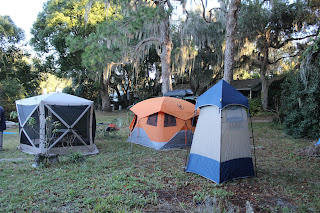 Mary felt disappointed with this hip camp. It seems that if someone is setting their property up for visitors, you would make sure things are in tip-top shape for them. There was a pile of brush, pieces of stone pedestals strewn around, and an old outdoor cushion from a chaise lounge on another brush of pile. The dock wasn’t very sturdy, and then, there were the rotting boards. All in all, it looked a bit trashy. She really felt like we were just camping in someone’s yard, which we were. The other site was the better one with a bit more privacy. But, that site had to deal with a neighbor’s barking dog. On top of all of that, there was an issue with the highway noise. 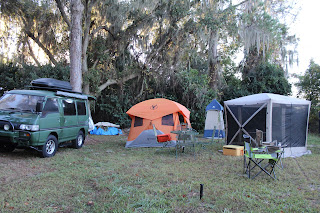 Our Gazelle Tent did great once again. For Christmas, we gave each other the Gazelle Gazebo so we would have someplace to sit without the mosquitos eating us alive. When we set it up in our yard for the first time, our son was so impressed with it that we quickly ordered another one for him as a gift.