This camping trip was a bit of a spur of the moment, 1 night trip. We chose this campground due to location of a personal matter, and the reviews indicated it was an okay place to camp.
French Broad River Campground is located just north of Asheville, NC. It is a small campground with just a few sites available, but they are all on the river side. 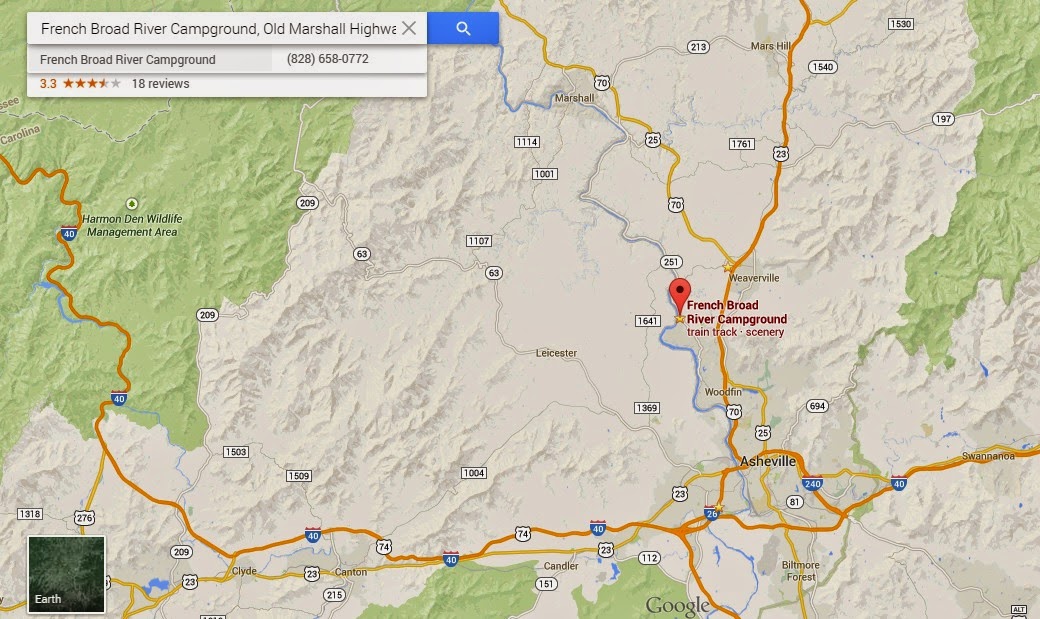 The sites weren't real easy to get into, even with our little trailer. It was relatively quiet, except for our neighbors who liked to listen to their music rather loudly...even during quiet hours. (At least they had good taste in their music!)

The website indicated that there were cabins for rent; however, the cabins we saw appeared to have permanent residents. 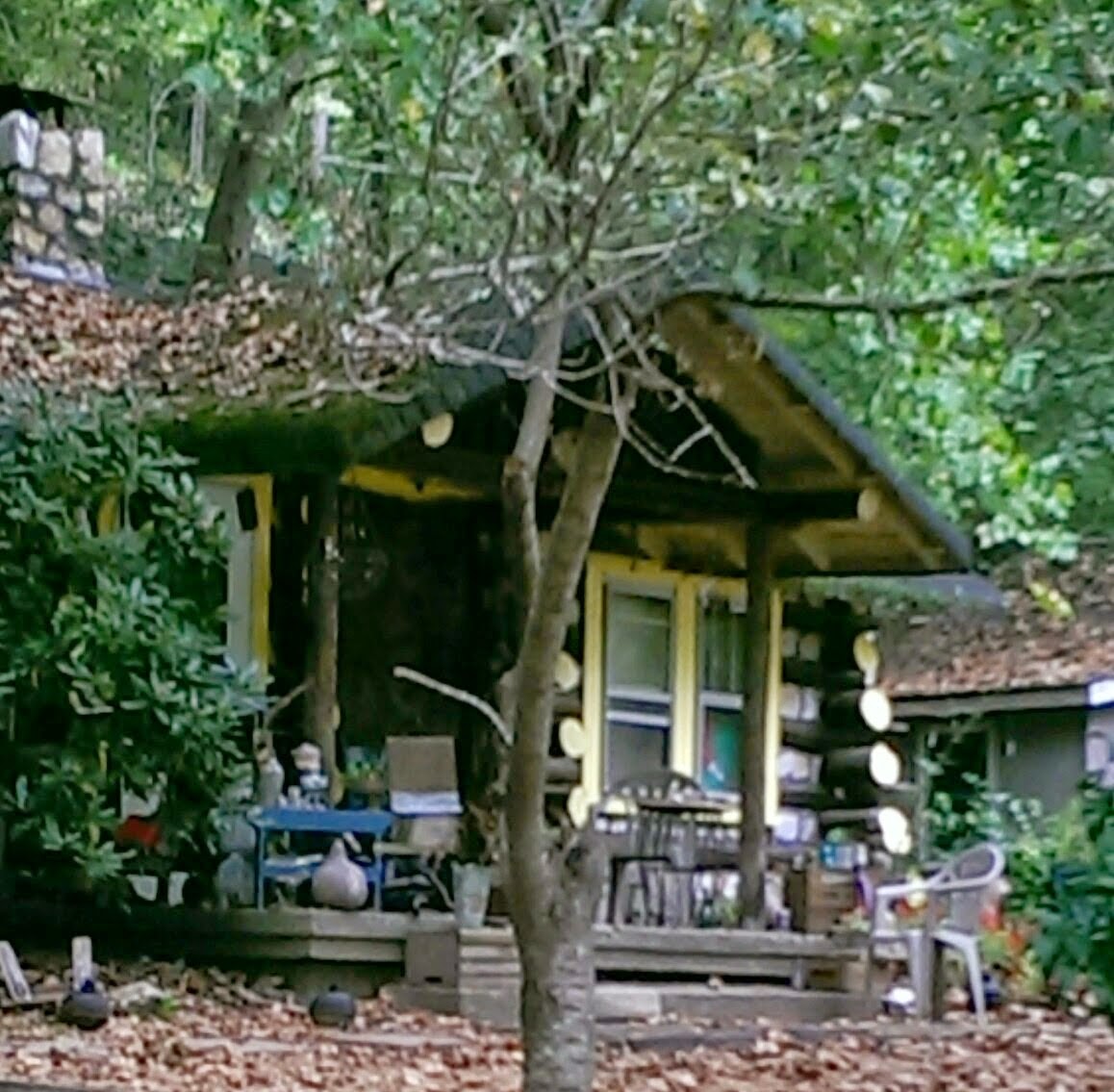 The bathhouse was small, but appeared to be well maintained. There is a number key on the door. The password for both the men's and women's is the same, which was a little unnerving, considering our neighbors with the loud music (who apparently had also enjoyed quite a bit of beverages as well). 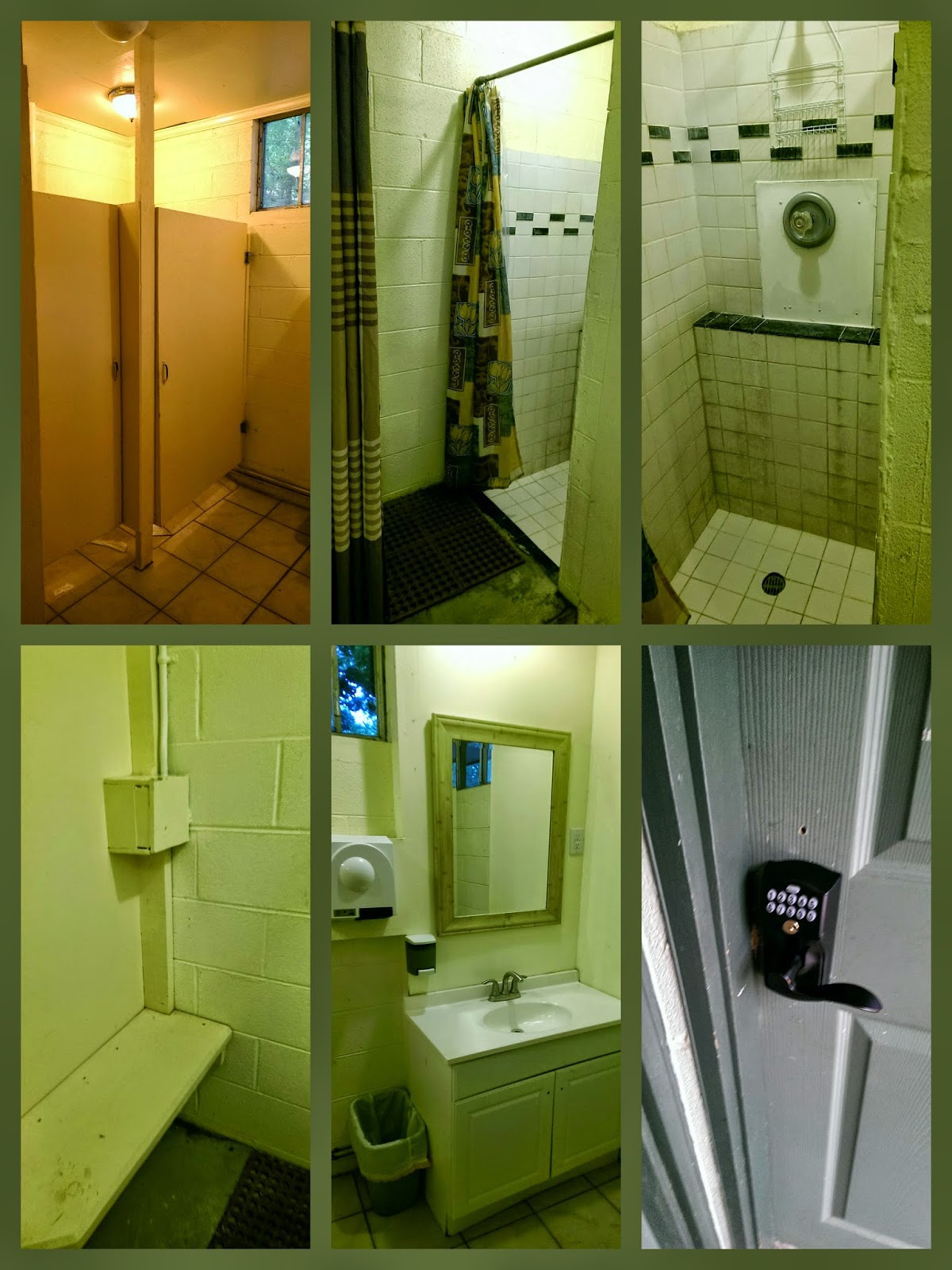 There are separate sites for tents, but there isn't a bathhouse on that side of the campground. In fact, the only facilities are port-a-potties.
Each site has a firepit, electricity, and water...even the tent sites are equipped with these. There is also WiFi, but the signal was pretty weak as the night went on.
There was a nice cool breeze at all times since the sites are on the river.  This picture was taken as I sat in my chair just outside our camper; I didn't zoom in at all:

There were quite a few ducks in the water, but they stayed in the water and didn't come up to the campsites.
The hosts were friendly enough, although he tried to put us in a tent site (even though we were pulling a trailer). You can't reserve a certain spot, so you just have to take what's left when you get there.
Will we stay here again? Probably not. While staying right on the river was nice, it seemed to be just a little...strange.
Posted by Mary at 10:36:00 PM