The one regret I have about this campsite is that we didn't have more than 1 night. Robert said he thought I was a little overly ambitious with our first few nights. Since we lost a day waiting to pick up the camper, it didn't start out that way. Instead of having a full day in Clifden, we only had hours.

Our first campground was Clifden Eco Beach Camping and Carvanning Park in County Galway. The campground is literally right on the Atlantic Ocean. 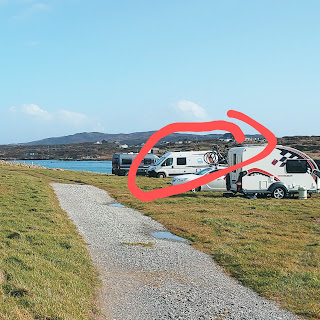 It is on private property with a gate requiring a code in order to enter the grounds, so it's very safe. Upon entry, Tatiyana checked us in and Kris showed us around. They require green tablets for the toilet. Fortunately, Mark at Bunk Campers found some and made sure we were set. Otherwise, we would have had to drive to a place to empty our toilet cassette and bought some from the campground.

They have bathhouses and a camper's kitchen available. Wi-Fi is available in the common area. The bathhouses are not heated (none of the bathhouses at any of the campgrounds where we stayed were) and I never had hot water while washing my hands. We didn't shower there so I can't speak about the water pressure, but they charge €5 for a 5-minute shower. They don't have designated women's/men's bathrooms/showers, so that was a little awkward when I almost walked in the door and there was a man at the sink.

Electricity is available but it's not "full power". It suited our needs; we just needed to be able to charge up our cell phones since we were only there 1 night. I'm not sure if any of the sites have water; ours did not. But we had some amazing views: 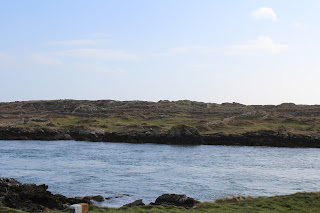 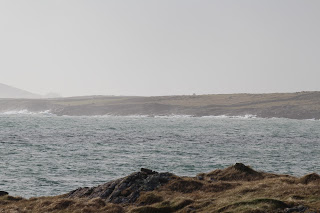 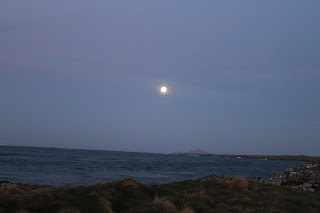 These aren't pictures of views from our site, but they were just around the corner, across from the bathhouse: 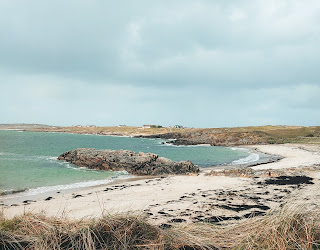 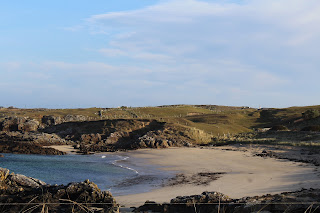 Kris drove us into town and brought us back for €15, which was cheaper than a one-way taxi ride from the Dublin Airport to the City Centre. He gave us a good tip on where to eat in town as well as a couple of pubs. Since it was St. Patrick's Day, he & Tatiyana suggested that we leave by 9:00 before things got too rowdy.
This should go without saying, but it was very windy so be prepared. Of course, since it's right on the ocean you would expect it to be windy. You can tell in this video just how windy it was:
I need to backtrack a bit. On the flight to Dublin, a young woman from Galway sat next to me. I struck up a conversation with her and she told me that we had to stop in Oughterard. She said there is a shop that has fantastic coffee and wonderful pastries made from farm-fresh products. We had no trouble finding the shop. Once we found someplace to park we went in and picked up some of the most amazing pastries we've ever had and a latte (which was absolutely wonderful). "Galway Girl" (which is what we call her because I never asked her for her name but I know her boyfriend's name is Joe and he drives a lorry) was spot on with this recommendation. In fact, we liked it so much that we stopped again the next day when we left Clifden to go to Killarney! This is a "must stop": Sullivan's Country Grocer on Main Street in Oughterard. You have to go right by it to get to Clifden from Galway. Just don't stop on a Monday because they're closed. 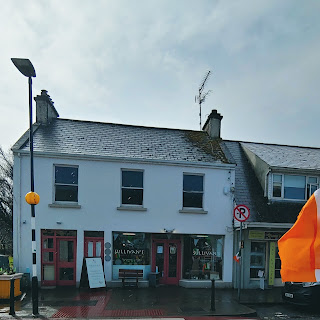 We left Oughterard the first time just as the St. Patrick's Day Parade was beginning so we had to take a detour. That took us down this road: 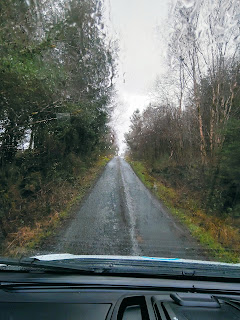 A bit exciting, but we didn't see any sheep, cows, or horses crossing the road. I don't remember if we met any cars on this road, either.
The verdict: Would we stay at Clifden Eco Beach again? Absolutely. I would definitely put it on a list of "re-dos"!
Follow along with more recaps and pictures on my personal blog: Life in a Small Town. (The link will take you to a list of the Ireland posts.)